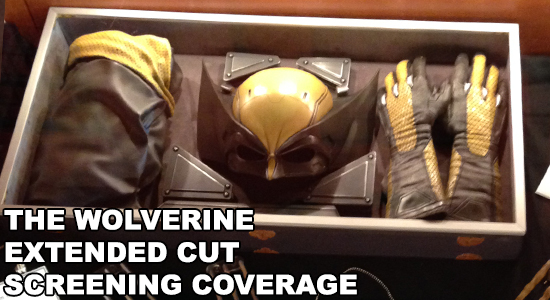 I arrived to find a spectacular arrangement. On display were props from the movie that included the different versions of The Wolverine’s claws as well as costume that is to be seen on the deleted scenes of the DVD/Blu-ray.

Two more character posters from The Wolverine movie have been revealed! Yukio (Rila Fukushima) and Viper (Svetlana Khodchenkova), are the two new posters. They're in the same paint style following Silver Samurai and Wolverine character posters that you may have seen. Viper has a bit of a snake's forked tongue, while Yukio is poised and ready for action. 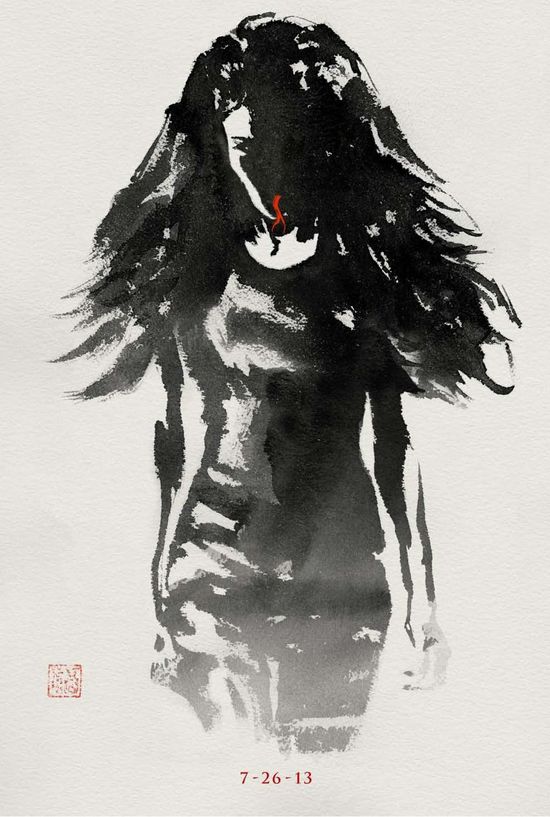 After watching the latest trailer for The Wolverine, I gotta admit this is really looking good. The X-film franchise is really on an upswing and I dig it. Directed by James Mangold and starring Hugh Jackman as The Wolverine is set to open July 26th, 2013.

Based on the celebrated comic book arc, this epic action-adventure takes Wolverine (Hugh Jackman), the most iconic character of the X-Men universe, to modern day Japan. Out of his depth in an unknown world he faces his ultimate nemesis in a life-or-death battle that will leave him forever changed. Vulnerable for the first time and pushed to his physical and emotional limits, he confronts not only lethal samurai steel but also his inner struggle against his own immortality, emerging more powerful than we have ever seen him before.

Viper, Silver Samurai and Jean Grey! Just released online is the latest trailer for The Wolverine starring Hugh Jackman. The nearly two and a half minute trailer amps up the action and show more of the characters. It begins with a nightmare recalling the events of X-Men The Last Stand, and a haunting Jean Grey (Famke Janssen). We are then hit with some story hints, that Logan may have his healing power removed, leaving him vulnerable. Check out the trailer here:

Nicely done trailer, the action comes across really good. Silver Samurai looks pretty imposing and someone I wouldn't want to mess with. After Wolverine: Origins, I didn't quite have faith in another solo installment of Wolvy, but this is shaping up nicely. Directed by James Mangold and starring Hugh Jackman as The Wolverine is set to open July 26th, 2013. Did you like the trailer? Leave a comment below

Based on the celebrated comic book arc, this epic action-adventure takes Wolverine (Hugh Jackman), the most iconic character of the X-Men universe, to modern day Japan. Out of his depth in an unknown world he faces his ultimate nemesis in a life-or-death battle that will leave him forever changed. Vulnerable for the first time and pushed to his physical and emotional limits, he confronts not only lethal samurai steel but also his inner struggle against his own immortality, emerging more powerful than we have ever seen him before.

A new character poster for The Wolverine has been revealed and it is of one of the movie's villains - The Silver Samurai. Take a look at it right here:

Today, May 4th, is Free Comic Book Day. Meaning, you head over to you LCBS (Local Comic Book Shop) and you can pick up a free comic. It's a really cool event that has been taking place the last decade. FCBD gives kids and opportunity to get into comics and also helps the comic book retailers by giving them exposure, opportunity to promote.

X-Men and The Wolverine star Hugh Jackman is supporting this endeavor and even made a video for it:

Ready to see another The Wolverine poster? Just posted on the film's official twitter is a new Japanese poster for the movie. The image features Hugh Jackman holding a sword, with his claws out. The tweet's text was "Torn between life and death..." which I would assume is the text on the poster. 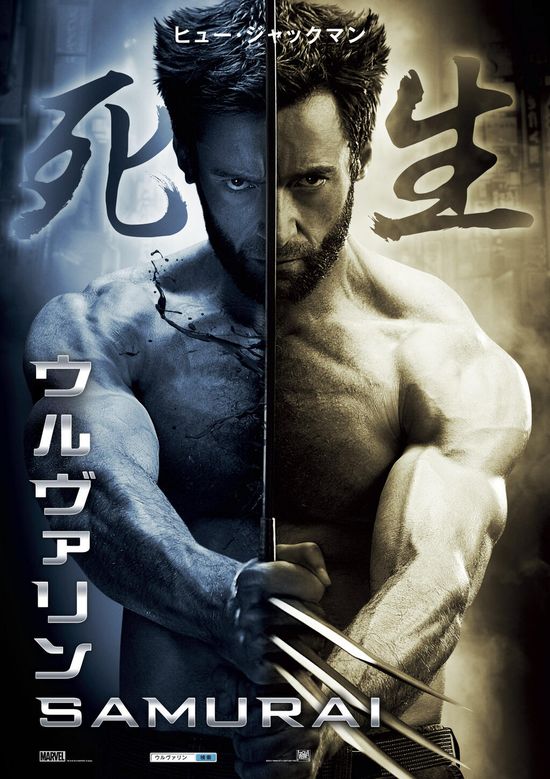 The Wolverine is directed by James Mangold and opens July 26, 2013 in USA.

The full trailer for 20th Century Fox's The Wolverine has hit the net. The newest installment of the X-men franchise sees Hugh Jackman return as Wolverine. Check it out here:

Thoughts after the break:

Can't get enough of The Wolverine? Well, things are starting to heat up as later today we will see the full two minute trailer for the movie and to start off the day I present a couple of movie poster reveals. 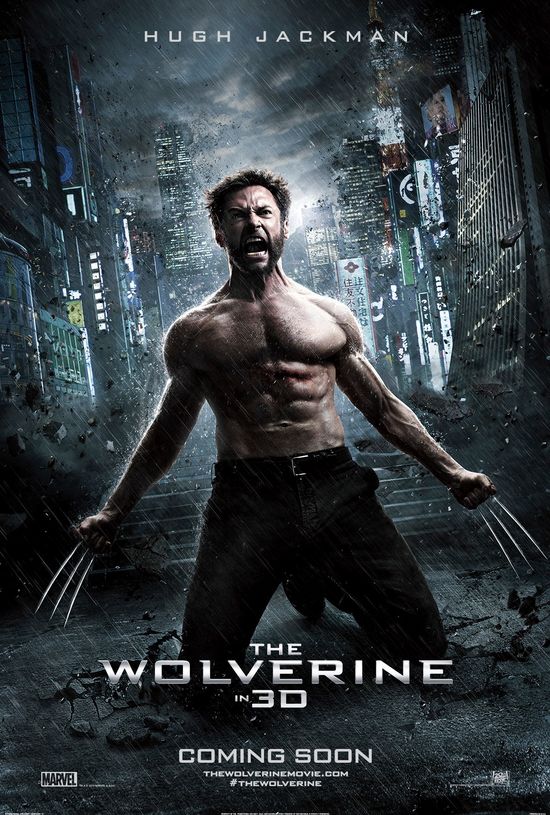 First you get your bare chested Logan looking extremely mad. 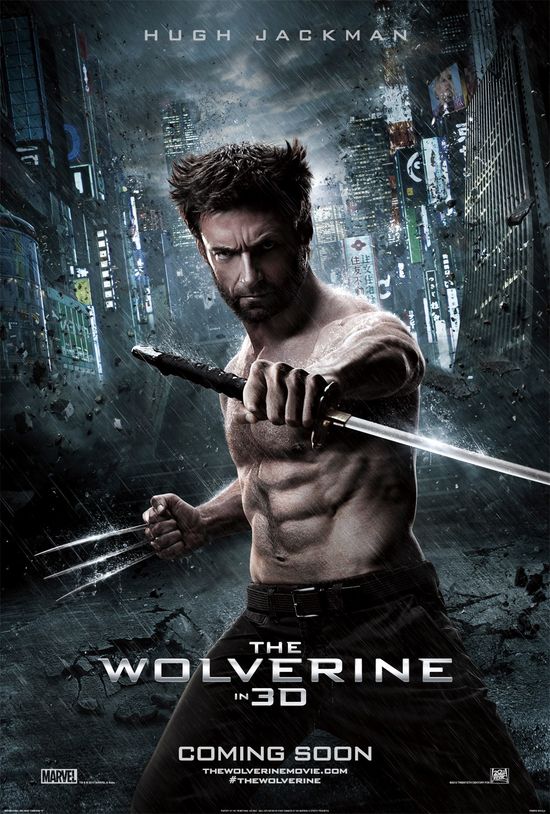 The second poster is also of a shirtless Hugh Jackman, holding a sword in one hand and claws unsheathed in the other. I actually like this one better as the other version looks a little reminiscent of the "Platoon" movie poster to me.

The Wolverine opens July 26, 2013 in the US. In the meantime you can enjoy the X-men Franchise with this box set 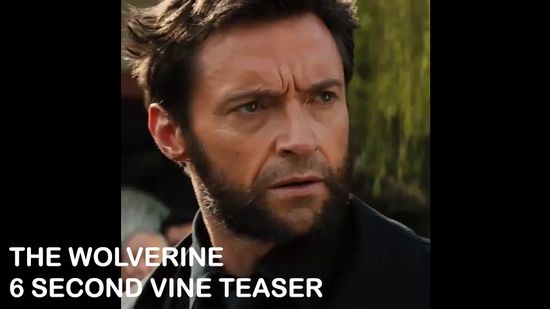 The Wolverine director, James Mangold, has taken to social media app Vine to give us a six second teaser of the new trailer that is set to debut tomorrow. Check this out:

Thoughts after the break:

VIDEO: Hugh Jackman And James Mangold On The Set Of The Wolverine Director James Mangold and Hugh Jackman sat down with Agent M of Marvel to talk about the upcoming Wolverine movie.

Some of the cool info dropped in the video include:

This movie takes place after the initial X-men trilogy .

Wolverine will have a weakness discovered; what Jackman referred to as his "kryptonite."

Jackman called on Dwayne Johnson for tips on bulking up.

The story is set primarily in Japan.

The Wolverine is very action packed

Wolverine will face The Yakuza, industrialist, women and other mutants; not knowing who to trust.

Check it out right here: 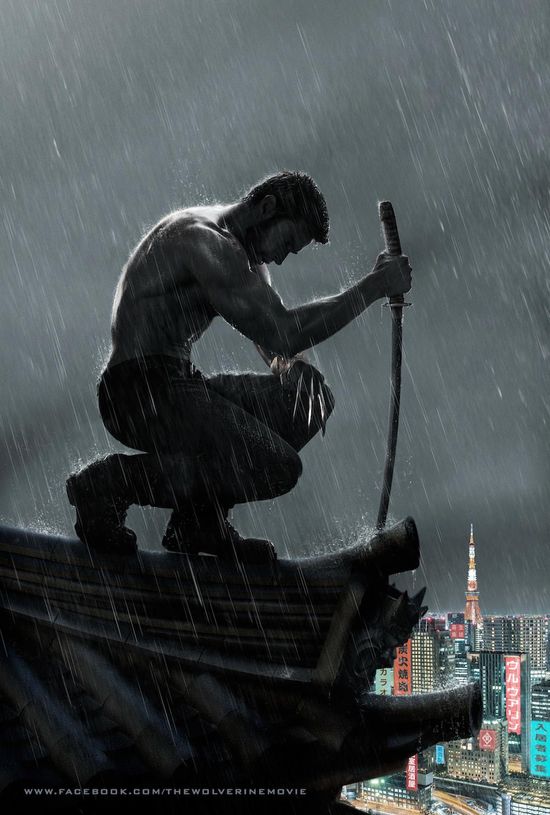 I always appreciate when movie companies try something different to promote their movie, like all the cool stuff Warner Bros. has done online for the Dark Knight series.

For the International movie poster of The Wolverine, we also get a "motion poster" that was posted on Youtube via The Wolverine's channel. The motion poster is of the Wolverine pensively squatting above the lights of a flickering city in Japan.


While the video is only a few seconds long, it is something different than the typical jpg.  Maybe on the next one we do a fade out on the title treatment or date.

NEWS: New Image Of Hugh Jackman From The Wolverine - Black Suit, Claws Out 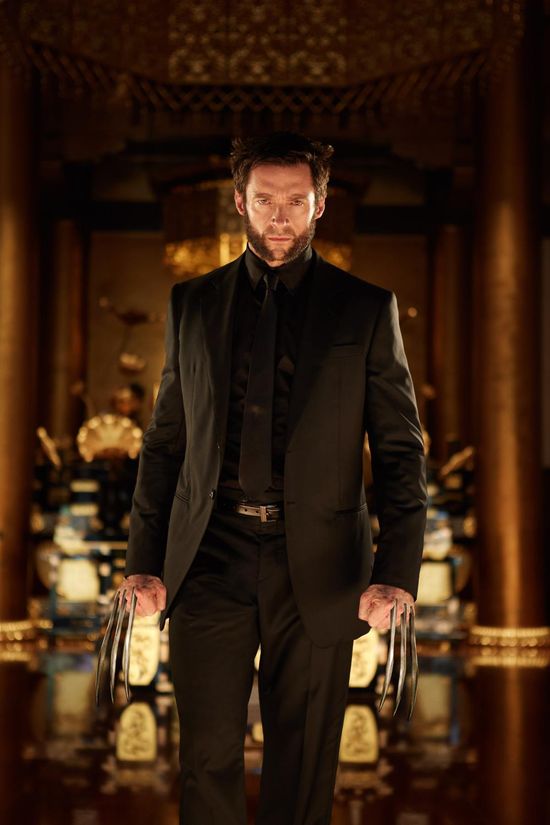 The Wolverine social media team dropped another image from the forthcoming movie. This time we see our hero dressed strikingly in a black suit with his claws out. The Wolverine hits theaters July 26, 2013