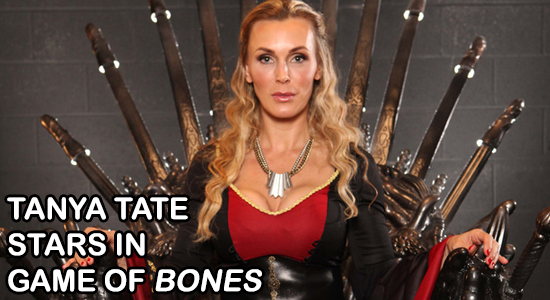 Prolific cosplayer Tanya Tate is known for suiting up as sexy superheroes while hitting up Comic Cons now the blonde bombshell is starring in an adult video parody of the hit HBO show Game of Thrones, obviously titled Game of Bones. The adult video parody is set to debut online on October 25th and Tanya will be playing the role of Cersei Lannister. Spot on casting. Here are some images: