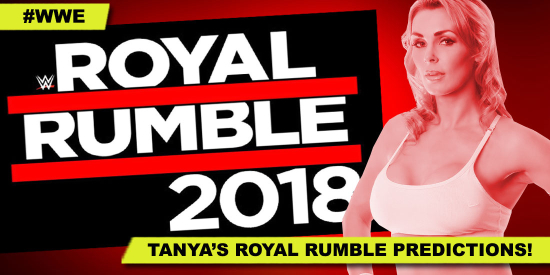 It’s that time of the year again for the WWE’s annual Royal Rumble! This one is shaping up to be one for the history books. For the first time ever we’ll see a 30-Woman Rumble! Who do I think will be the big winners of the night? Read on!

WWE’s Royal Rumble is incredibly important as it is the beginning of the “Road to Wrestlemania.” The man and woman that win the Rumble will have a championship title shot at this year’s Mania.

Before I get into the Rumble, let’s take a look at some of the matches on the night’s card:

The Usos vs. Chad Gable and Shelton Benjamin for the WWE SmackDown Tag Team Championship. 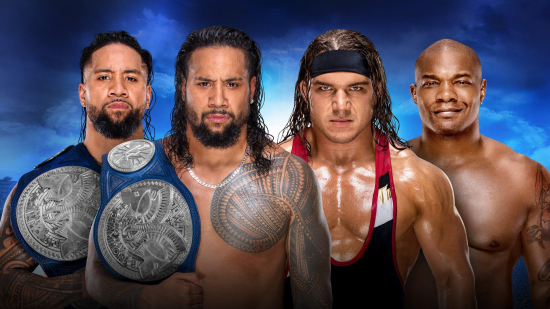 This is scheduled to be a 2-out-of-3-falls match (which usually means will see each team get a pin before one side gets the deciding pin). The Usos are the current champions and while Gable and Benjamin are superb athletes, I don’t see the titles changing hands. The Usos have been unstoppable lately and have really turned up the heat in their matches. The new no-nonsense approach they’ve been utilizing has made them a force to reckon with. If that weren’t enough, I don’t think Gable and Benjamin are on the same page. The Usos got this. 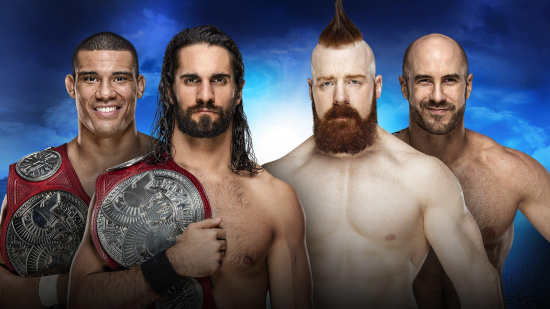 Oh WTF. Sheamus and Cesaro should be the current champs as it is. Next to The New Day, they are the best Tag Team in the WWE. Rollins and Jordan are awesome, individually, but they lack the chemistry to be a solid tag team. Their championship win was a fluke. On the other side of the coin, Sheamus and Cesaro are like Lennon and McCartney. When those lads get together its fine music.

And it’s Sheamus’ birthday the day of the Rumble as well.

AJ Styles vs. Kevin Owens and Sami Zayn for the WWE Championship 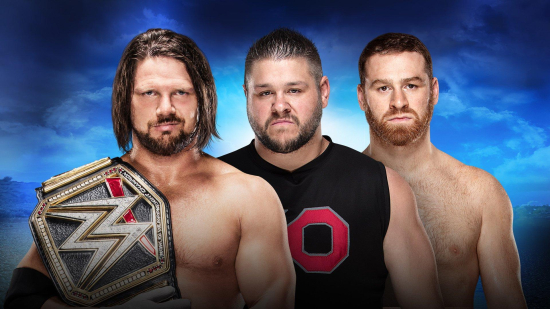 Without a doubt, AJ Styles is one of the best wrestlers in the WWE today. So it must be tough finding credible challenges for him. While Owens did have a decent title run as champ, it kinda says a lot that it takes him and Zayn to realistically take Styles. A bit of advice, they might want to add another lad to their side to have a fighting chance. No way Styles walks out without his belt.

Brock Lesnar vs. Braun Strowman vs. Kane for the WWE Universal Championship 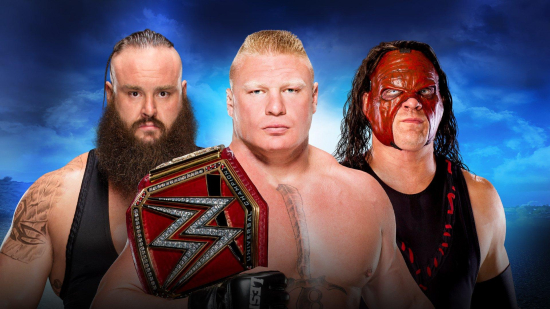 This is a strange match to me. Strowman has been built up as an unstoppable monster, which he is, so he should be able to tear through Kane and Lesnar no problem.

I don’t want to dismiss Kane’s legendary accomplishments, but he does seem out of place among these two freight trains.

As for Lesnar, I keep remembering at the 2016 Survivor Series Goldberg destroyed him in 86 seconds. So how the hell can Lesnar have a chance in hell against Strowman? Strowman and Lesnar are going to collide hard, Kane is just going to get in their way.

Strowman should win, but WWE loves their Lesnar. So that’s who I am going to say who wins. 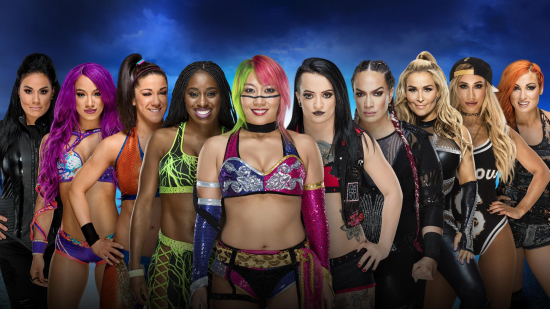 If you have been watching RAW at all, WWE has been making it quite obvious who the front runner of the Women’s Rumble is…Asuka. Unless it’s intended to be a major swerve, it's extremely likely she’s going to walk out of the rumble victorious. It’s not going to be easy though. She still has to go through powerhouses like Nia Jax, Natalya, and Naomi, who are some of the women already announced as entrants.

But if it’s not Asuka, I think Becky Lynch has a solid shot to win. She’s an awesome wrestler and she deserves a title shot at Wrestlemania. I’m also a huge Natalya and would love to see her win but I think it’s going to be Asuka. 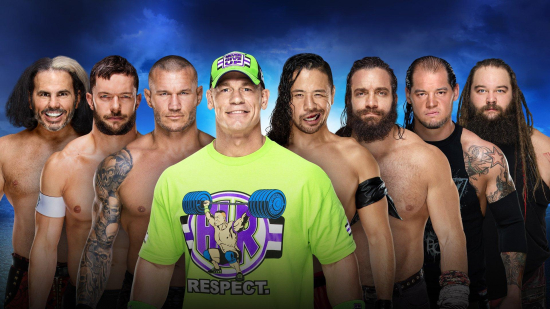 This is another tough one to call. You have some former Rumble winners like John Cena and Randy Orton, powerhouses like Rusev and agile athletes like Nakamura, factions like The New Day; all bring different elements to the match and all are incredible wrestlers.

Aside from that, there is the “x-factor” of which entrant number one gets.

There is also the trademark of the Rumble - surprise entrants. So amount the 17 entrants we know of, there are still several more unknown factors. If someone like Chris Jericho enters the Rumble, the whole game changes.

At the end though, if I were a betting person I would bet on Finn Bálor. He’s a credible champ and more than capable of headlining Wrestlemania. He’s a clever lad and I think he can maneuver his way through the Rumble to come out on top.

So there you go. My thoughts on who I think will win big at this Sunday’s WWE Royal Rumble. I’ll be live-tweeting during the event so make sure you are following me on Twitter @TanyaTate. You can laugh at me when all my predictions are wrong. LOL

It’s that time of the year again for the WWE’s annual Royal Rumble! This one is shaping up to be one for the history books. For the first time ever we’ll see a 30-Woman Rumble! Who do I think will be the big winners of the night? Read on!