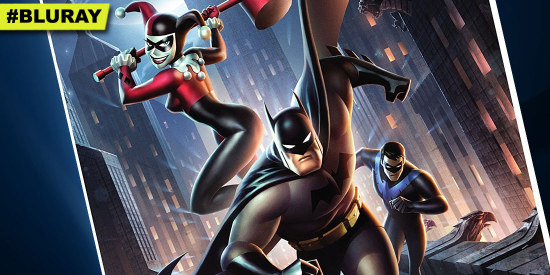 Batman and Harley Quinn - the new entry in the DC Universe series of animated films arrives today on Blu-ray. Batman and Nightwing are chasing down Poison Ivy and Floronic Man, but they need a little help…Harley Quinn!

Synopsis:
She's The Wisecracking Wild Card Who Packs A Punch!
From a story by animation legend Bruce Timm comes an all-new DC Universe animated movie. When a break-in at S.T.A.R. Labs leads to a secret dossier being stolen by the gruesome duo of Poison Ivy and Floronic Man, aka Jason Woodrue, it's a green light for crime and mayhem. The Dark Knight and Nightwing are on the case, but they look to a certain wild card for help: Harley Quinn! Recently released from Arkham Asylum and trying to acclimate to life out of the super villain spotlight, Harley finds herself suiting up and mouthing off once again. So pucker up, puddin' - Kevin Conroy, Melissa Rauch and Loren Lester highlight a stellar cast in this action-packed adventure filled with high-speed chases and brawlin' bad guys. Who knows, maybe even Batman will have a good time! 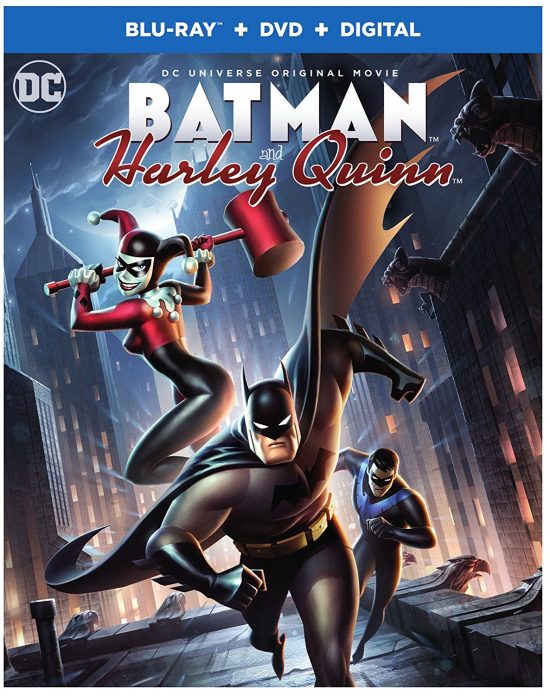 The Batman and Harley Quinn Blu-ray also has some really cool special features:
•The Harley Effect
•Loren Lester: In His On Words
•A sneak peek at the next animated movie - Batman: Gotham By Gaslight
•And 2 bonus cartoons.

Batman and Harley Quinn can be ordered via Amazon right here: http://amzn.to/2wRetY7.

I’m pretty excited to get this movie! Are you getting on this action?