#REVIEW: Suicide Squad Brings In The Bad Guys For An Explosive Adventure 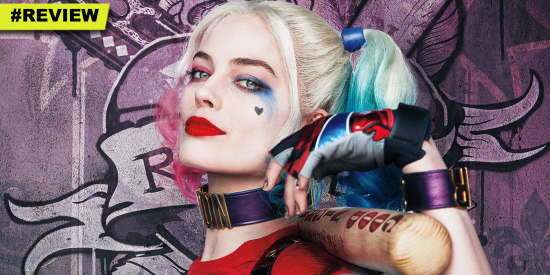 The villains of the DC Universe come together for a shot of redemption and to save the planet in David Ayer’s new film. 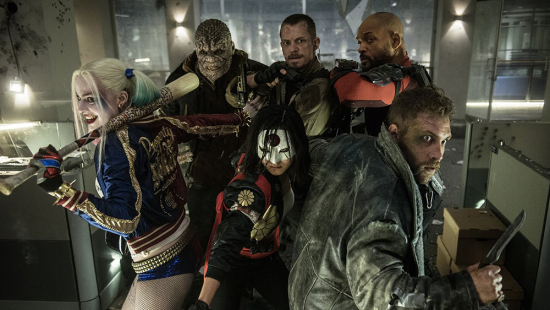 A witch occupying the body of Flagg’s girlfriend, The Enchantress (Cara Delevingne), was intended to be part of the TFX but breaks free to wreak havoc on Midway City. The bad guys are called in to rescue a VIP trapped in the middle of the melee but the plan takes a turn for the worst. The group is left having to take on the powerful Enchantress and save the day. All the while The Joker, Quinn’s love, destructively makes his presence known.

The movie starts off with some fun introductions of the characters (as well as a few cameos by Justice Leaguers) and we get a sampling on who these people are, how they got caught and what they are doing now.

The plot is pretty straight forward, which isn’t necessarily a bad thing. It was loud, full of action and a lot of fun. This is your big-budget, summer action movie. Ayer keeps the momentum going with the group having to overcome obstacles every step of their quest. Aside from fighting zombie-like monsters, interference from The Joker, distrust and in-fighting plague the team.

I appreciated the fact that these aren’t your typical “villains with hearts of gold”. These are bad guys and have no shame over it. But what makes these people intriguing is that there is more to them than just robbing and killing. El Diablo has committed atrocities that he can never forgive himself for. Deadshot made a choice that cost him his freedom which still haunts him. 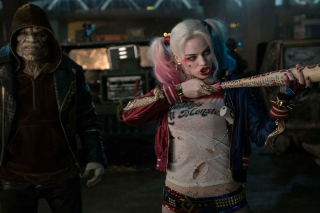 It’s no surprise that Margot Robbie steals the show. Her Harley Quinn is pitch perfect and while she plays crazy brilliantly, she can still reign herself in when needed. Margot is clearly having fun with the character and is shows. Not to be discounted is Will Smith. He pulls some amazing performances and nails the evolving Deadshot, from a person that was comfortable being a hired murderer to someone who is more than that.

This movie is not without problems, however. The first act suffers from choppy editing and doesn’t flow evenly. The Enchantress’ and her brother coming into power while the Suicide Squad is forming seems a bit coincidental.

Jared Leto’s Joker sticks out a missed opportunity of sorts. While this was never intended to be a “Joker movie” he isn’t given anything for him to put his stamp on the character. While Leto is given significantly more screen time that I expected, the character only offers hints at what it is about Harley that motivates him. We know he loves her but we are just expected to take it as it. Why would this cold hearted killer, this madman love her?

At the end of the day this is a fun comic book based movie. Which is why you may see a lot of nasty reviews. Most critics, yes even ‘geek’ ones, only know about the Marvel Cinematic Universe. When a superhero (or villain) movie doesn’t fit into that Marvel formula - they loose their minds. Which is what you are seeing now.

Comic books readers are going to enjoy this ride. I sure as hell did. Then again, if you are a comic book reader you were probably at you local cinema’s first showing and already know that.

Suicide Squad is in theaters now.

#REVIEW: Suicide Squad Brings In The Bad Guys For An Explosive Adventure

The villains of the DC Universe come together for a shot of redemption and to save the planet in David Ayer’s new film.