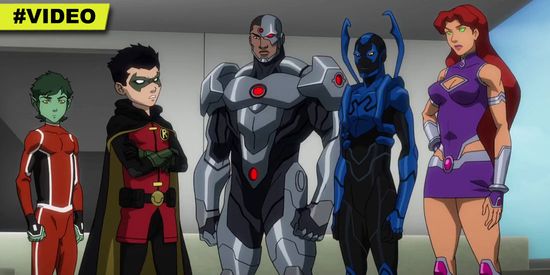 Already seen Batman v Superman? Get ready to watch more superheroes fight in the newest installment DC animated movie series - Justice League vs. Teen Titans! When the demon Trigon possesses members of the Justice league, it's up to the next-generation of superheroes to save the day.

It's a battle of generations as the Teen Titans take on a Justice League corrupted by the evil Trigon in the newest DC Universe Animated Movie.

Justice League vs. Teen Titans is available now for digital download and arrives on Blu-Ray April 12th. Order it from Amazon here.