#OPINION: How I Voted In The 2015 Mego Museum Kubby Awards 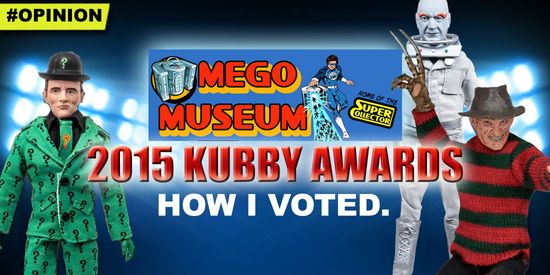 January 18th was the last day to cast a vote in Mego Museum’s Kubby Awards. I made sure to get my vote in and this is what I voted for...

Fan of “Re-Mego” action figures? Those are figures in the style of the Mego toys of the 70’s - 8-inch figures with cloth clothing. As various toy companies are producing figures in this style (deemed “Re-Mego”), the Mego Museum website celebrates the continuing efforts with their annual Kubby Awards - named after former Mego VP Neal Kublan. Eligible are Re-Megos released in 2015 and that are not simply straight reproductions of original figures.

In my house, the Mego style is extremely popular. So I had to chime in with my 2-cents. Who did I vote for? Find out below. 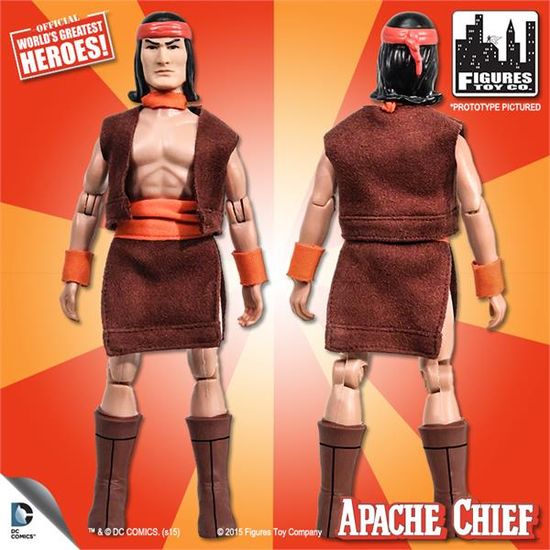 One of my favorite characters from the Super Friends cartoon finally received the Mego treatment. FTC wisely included Apache Chief among their first wave of Super Friends figures, giving fans a chance to pick up characters that never been produced in this style. 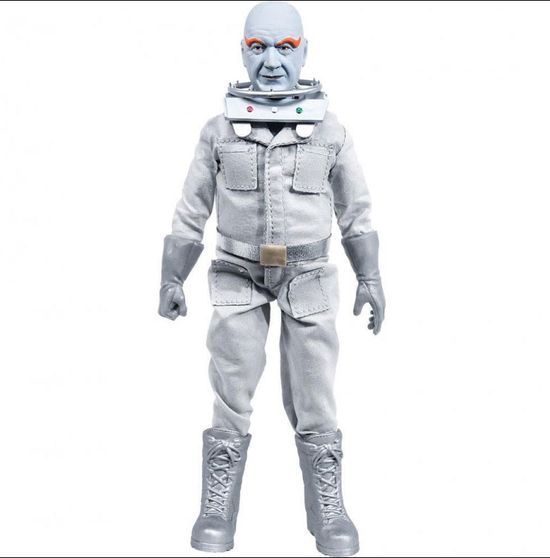 It was a toss up between King Tut and Freeze. While both had incredible likenesses to the actors that portrayed the characters, and had intricate costumes I went with Freeze

The suit looks amazing, the face is spot on. It really is not only the Best DC character of 2015, but the best figure of the year. 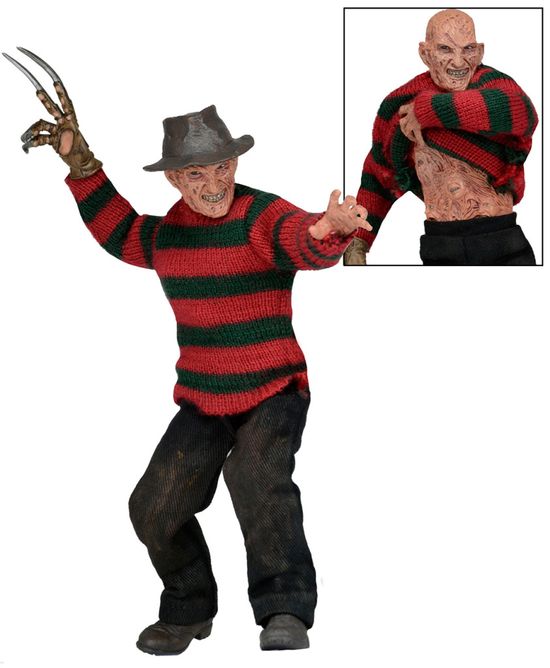 NECA has done some incredible work. Giving a more modern take on the Mego style, they have provided some incredible figures. Not only that but the franchises they are tapping into for this style are unabashedly cool.

The Diamond Select Toys line of retro-Marvel figures didn’t grab me.
The only ones caught my interest were the Retro Captain America or Retro Thor - but they are essentially reproductions of the 70’s Mego versions.

Personally, I am not into the “modern” versions of the figures. They have a strange look to them, that I liken more to the Toy Biz Famous Covers line a few years back.

Again, hard decision between Mr. Freeze and King Tut. Both looked incredible and really the “must have” Re-Mego figures of the year. 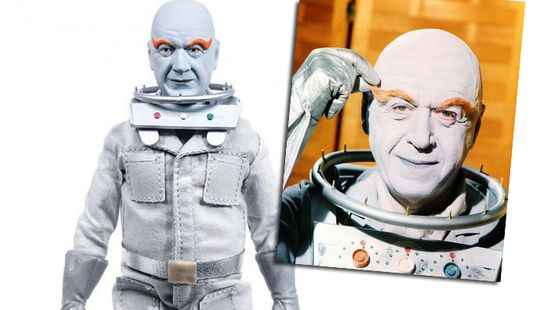 Was there any doubt? I went with the Otto Preminger Mr. Freeze. he looks like he just stepped out of one of the Batman episodes.

Of the other figures listed on the ballot, my second choice would have been Alfred from the Batman 1966 series. 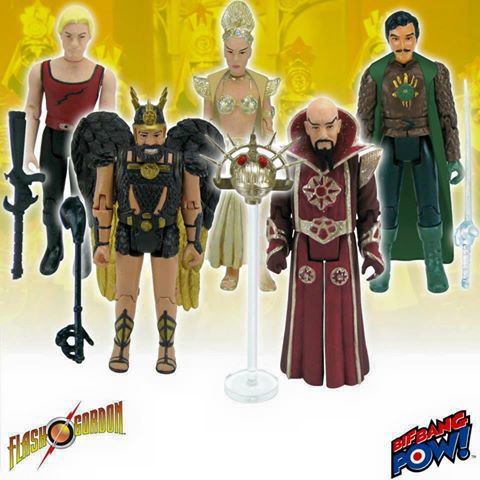 While BBP’s Kiss and Twilight Zone were cool, it was the “Savior of the Universe” for me. I’m a huge fan of the movie, so when I saw that these retro-style figures were coming out I had to add them to my collection.

Funko came out swinging with several series in their ReAction line. A lot of awesome work and interesting properties, but when it came down to it - there was only one line for me. 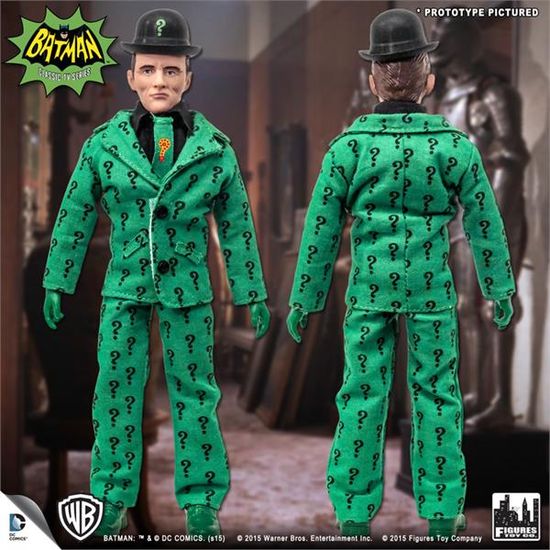 Just barely making the eligibility cutoff, the Emerald Comics Riddler arrived late in the year, but it was enough to be included. There is so much to like about this figure. The suit is impressive, the head sculpt is great, all around a awesome figure.

I also liked the Entertainment Earth Batman 1966 exclusive wave. While simply adding a belt on The Joker and a mask on The Penguin wasn’t enticing enough, the Undercover Agent Dick Grayson and Lounge Jacket Bruce Wayne variants were very cool. 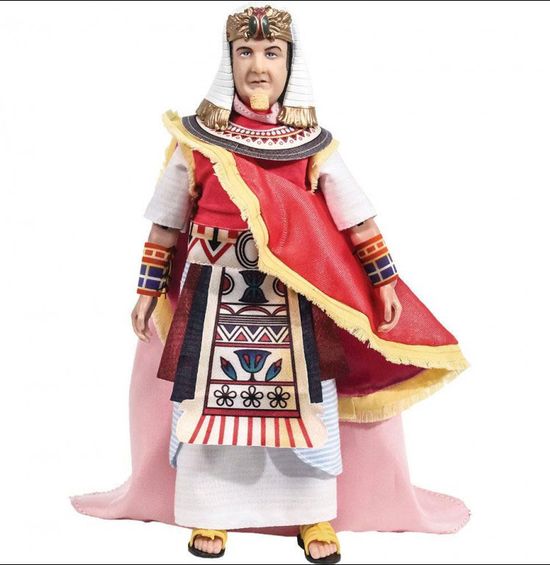 Kind of a strange category as I can’t imagine some of the figures noted as contenders are ones people would say “about time,” like the Home Alone line or Pete White from The Venture Bros series. 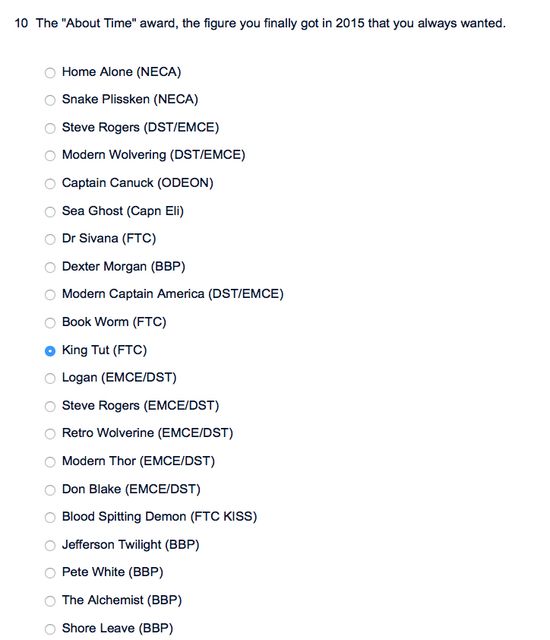 Then again I could totally be wrong and there were people that always wanted them. 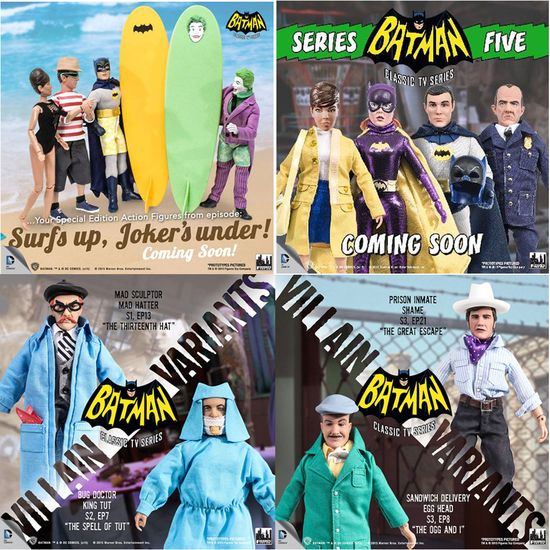 Incredibly tough competition among the FTC lines. Super Friends, Teen Titans, Superman, Batman….it goes on and on. But the one line I can’t open my wallet fast enough for? The Batman 1966 Series. With Wave 5 that features Batgirl, the Villains Variants wave, the Surf’s Up wave and not to mention the impending Catwoman figures? This line is a clear winner. Simply untouchable.

2016 is shaping up to be a bank breaker for me with the announced Flash, Wonder Woman, Teen Titans and Shazam lines.

12.) What Is The One License That You Would Like To See?
Hammer Horror. 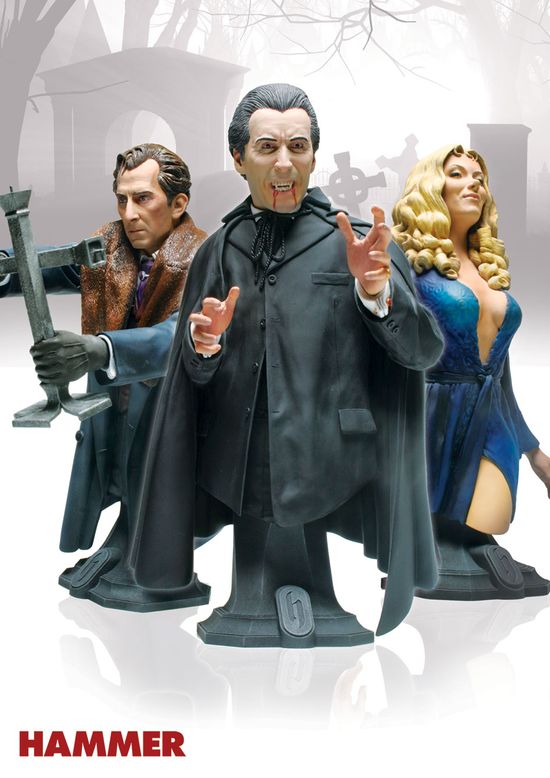 Hammer Films is an untapped property. Aside from the beautiful busts from Titan Merchandise, there doesn’t seem to be much product out there for collectors. There are enough characters to keep this line afloat for years. Would be cool to see.

13.) What Other Hanna Barbera Lines Would You Like To See From Figures Toy Company?
The Banana Splits 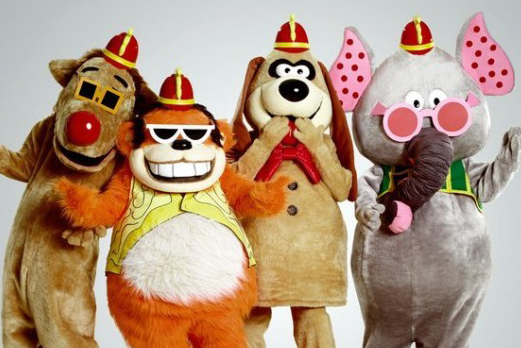 This was tough for me to answer. While I love Hanna Barbera as a whole, I am more partial to the funny animals like Yogi Bear and Quick Draw McGraw than “human” character like Johnny Quest or the Scooby Gang. So, of course I would love to see my favourite characters represented in Mego-Style. I just don’t know how well it would translate into the medium, since the figures are in humanoid shape.

The characters that I thought were a nice combination were The Banana Splits. Human figures in padded costumes? Would be interesting.

14.) What Other DC Comics Lines Are Of Interest That Figures Toy Company Has Not Announced?
Justice Society Of America 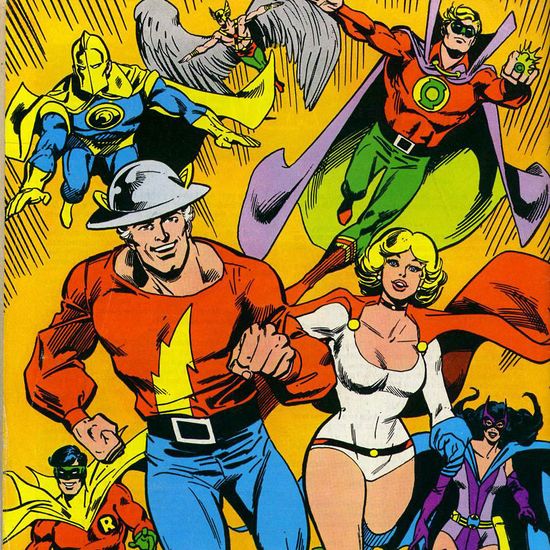 I was a huge fan of the “pre-crisis” Earth 2 adventures of the Justice Society. It would be a nice throwback to these figures in Mego style.

FTC has been doing some amazing things, but they seem to be re-circling familiar areas. Entries in lines like Kresge, Super Powers, Justice League of America, First Appearances have been a bit to similar to warrant buys.

Granted not all series are going to be hot sellers, so maybe smaller sub-sets of the DC Universe? Like a Crime Syndicate release? Classic Doom Patrol? Metal Men?

Other than that, I would love to see more live-action based figures. I don’t think any other singular TV Show or Movie could sustain a continuing line like Batman 1966, but possibly an overall live action theme that contained figures of Helen Slater Supergirl, Lynda Carter (and Cathy Lee Crosby) Wonder Woman, etc.


15.) What Is Your Favorite Figure That Figures Toy Company Has Released So Far?
The Joker (Batman 1966 - Series 1) 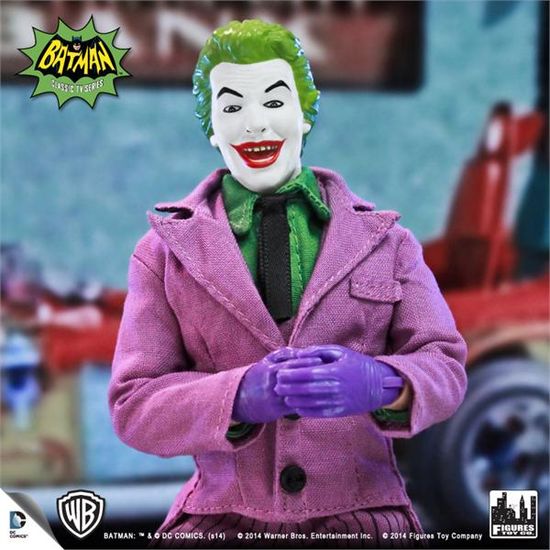 I was a little perplexed by this question as it didn’t specify favorite figure of the year or of all time. I answered assuming the later. 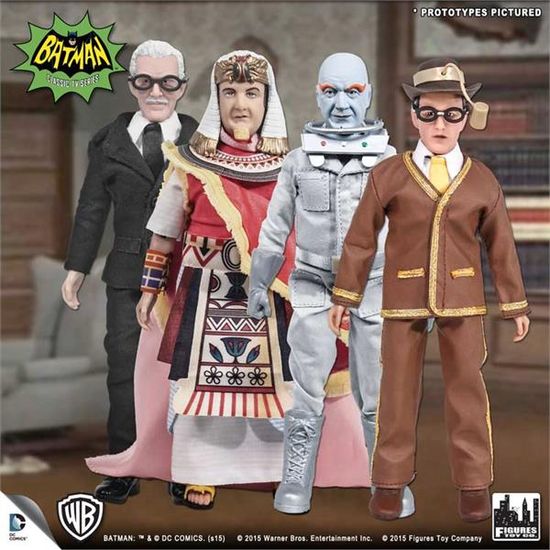 Unequivocally the line of the year for me was FTC’s Batman 1966 series. I ate it up big time. FTC delivered one amazing figures after another and has shown no signs of slowing down.

Those are my choices. Did you get a chance to vote? What do you think of my choices?

#OPINION: How I Voted In The 2015 Mego Museum Kubby Awards

January 18th was the last day to cast a vote in Mego Museum’s Kubby Awards. I made sure to get my vote in and this is what I voted for...