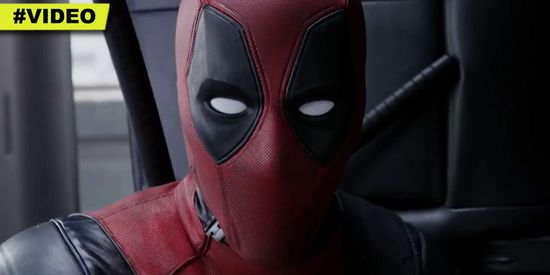 The “Merc with a Mouth” is coming soon to theaters and we have the newest trailer from Deadpool to share with you!

Two versions of the second Deadpool trailer have dropped. A general release and a “red band” trailer that features some “colorful” language and bit more violence. Both share the same witticisms and excitement one would expect from this movie. We have both versions below, so you can watch have fun and watch them both.

This movie keeps getting better and better. Everything I’m seeing on Deadpool is consistent in tone with the comic book and it’s pretty obvious Ryan Reynolds is having a blast in the role. I really do hope this becomes a hit. As it is Deadpool has a pretty solid fan base, we just need them to show up to the theaters when this movie comes out on February 12, 2016.

What’s your favorite part of the trailer? Let us know by dropping a comment below.

Based upon Marvel Comics’ most unconventional anti-hero, Deadpool tells the origin story of former Special Forces operative turned mercenary Wade Wilson, who after being subjected to a rogue experiment that leaves him with accelerated healing powers, adopts the alter ego Deadpool. Armed with his new abilities and a dark, twisted sense of humor, Deadpool hunts down the man who nearly destroyed his life.

The “Merc with a Mouth” is coming soon to theaters and we have the newest trailer from Deadpool to share with you!