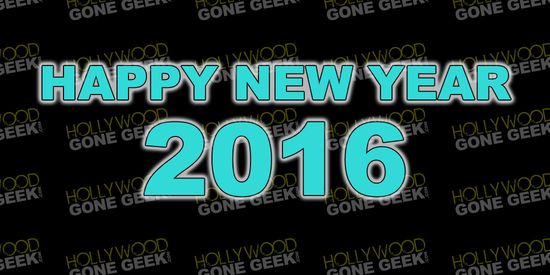 As an exciting 2015 draws to a close, we end an amazing year looking forward to a bigger and better one for geeks.

Star Wars broke box office records, DC Comics dominated television, Netflix debuted the critically acclaimed series Daredevil and Phase 2 of the Marvel Cinematic Universe drew to a close with The Avengers: Age of Ultron and Ant-Man. So for fans of live action superheroes, 2015 was simply incredible.

And that is just that tip of the iceberg. Between comics, collectibles and conventions being a geek is a full time hobby!

When I created this site, I wanted to present you with information on all the cool movies and shows in the geek genre. Next year, we’ll continue to do that but also try some new things out. So, keep an eye out.

Thank you for joining us and we hope you’ll be back with us for what is going to be the year of the superheroes.

As an exciting 2015 draws to a close, we end an amazing year looking forward to a bigger and better one for geeks.