There is a campaign on Kickstarter to help a documentary on Hammer’s WB years get produced.

In the late sixties Hammer Films formed an alliance with Warner Bros that resulted in some incredible films. While Hammer had successfully established itself in the gothic horror genre this new partnership produced some of the most unique movies to come from the company.

This documentary intends to cover that era. Movies made during that period are some that I would consider among Hammer’s finest. Films like Dracula Has Risen From the Grave and Frankenstein Must Be Destroyed are some of my favourites. The director, Marcus Hearn, has written several books on Hammer and as the company’s official historian, he is well versed in the timeline of events.

I totally support this. I am a huge Hammer Horror fan, as you may have seen several reviews on my Youtube channel of Hammer memorabilia, and I would love for this to get funded.

There are a lot of cool rewards like these prints by artists Mark Spears and Steve McGinnis. 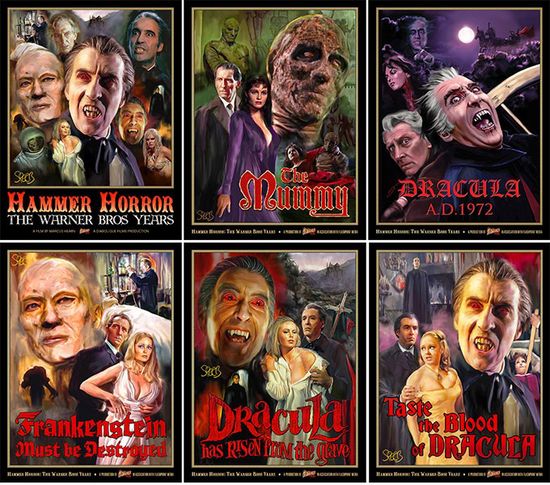 I’m especially fond of this era of Hammer films and very excited about this project. So, I implore you to have a look and help make this documentary a reality. There is only a week left to help get Hammer Horror - The Warner Bros Years made so do have a look and get on board with this fascinating project.

…and of course, I did back this project. You can, too. Right here.

There is a campaign on Kickstarter to help a documentary on Hammer’s WB years get produced.