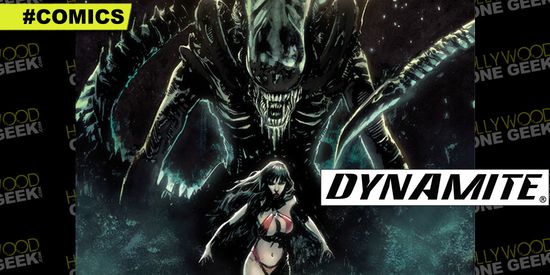 Two of Horror’s most well known icons are set to face off against each other in Dynamite Entertainment’s Aliens / Vampirella.

This fall witness an explosive new series featuring two classic horror properties. As anticipation builds for the release of Aliens / Vampirella, the team of creators behind the title have been revealed.

Aliens / Vampirella will feature scripts by Corinna Bechko whose work has been seen in titles like Planet of the Apes, Star Wars: Legacy, Savage Hulk, and Invisible Republic. Artist Javier García-Miranda will provide the atmosphere and action. A relative newcomer to the comic book industry, Javier has rendered Vampirella before as part of the anniversary Vampirella #100 celebration. Now he once again handles the duties of bringing her to life in this epic six part series. 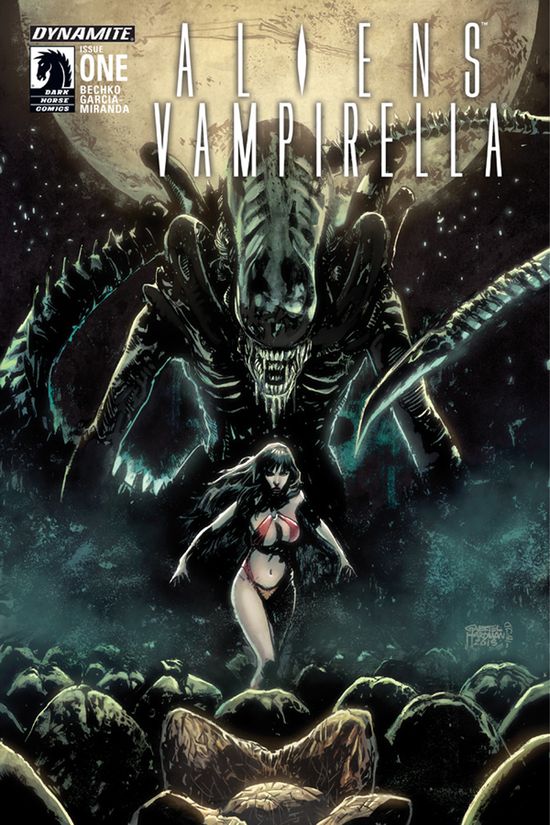 "I couldn't be happier to be teamed with Javier," says writer Corinna Bechko. "His work has an energy that is necessary for this story, and he's great at creating a really creepy feel for the scenes that require it. Plus, both his Vampirella and his Xenomorphs are gorgeous."

Creating the cover art will be Gabriel Hardman. Hardman has worked on such titles as Kinski, Invisible Republic, Star Wars: Legacy, Planet of the Apes, and Savage Hulk.

In Aliens / Vampirella #1, humans have begun to colonize Mars, but something ancient and sinister got there first. Vampirella, a supernatural exterminator, is faced with a mystery only she can solve... and the bloody realization that some monsters should never be awakened.

Two of Horror’s most well known icons are set to face off against each other in Dynamite Entertainment’s Aliens / Vampirella.