Home About Twitter Facebook Events
#VIDEO: Up, Up And Away! Watch The Supergirl Preview Video!
#EVENTS: Masters of the Universe Celebration, Power-Con, Returns To Los Angeles In 2016! 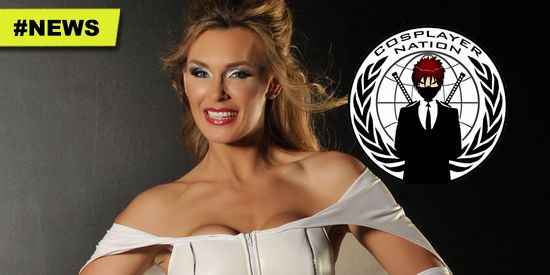 (HOLLYWOOD, CA) Cosplayer and geek blogger Tanya Tate is featured in the documentary film Cosplayer Nation. Lensed between 2010 and 2013, the movie takes a look at not only the popularity rise of cosplay in America, but some of the personalities that devote themselves to the hobby of "costume play." Tanya has established herself as a popular cosplayer having made appearances at a multitude of comic cons, guesting on convention panels and blogged about her love of the hobby since 2010 on JustaLottaTanya.com. 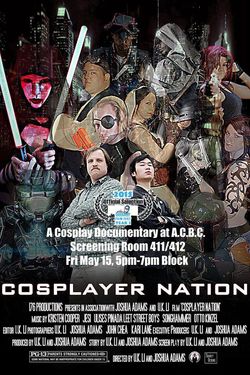 “A great deal of care and respect went into the making of Cosplayer Nation and I am happy to have been a part of it.” said Tanya. “The filmmakers are dedicated to the positive promotion of the hobby and I fully support that notion. This is a movie that will answer the question people have about why someone would dress up as a superhero or anime character. It’s quite a fascinating journey.”

Cosplayer Nation is currently screening at festivals and comic cons across the country. More information on Cosplayer Nation and future screenings can be found here: http://bit.ly/TTCosplayNat.

In other Tanya news, the prolific geek recently made an appearance on the Action Toy Art podcast. A guest of the show, Tanya talked about her latest projects which include the creation of her My Hero Toys action figures and starring in the Full Moon Features horror / comedy Evil Bong 420. Never one to be shy about her day job as an award winning adult star, the noted cosplayer also discussed the relationship between adult entertainment and the geek genre. The Action Toy Art podcast with guest Tanya Tate can be heard here: http://bit.ly/TTActionToyArt.

Make sure to catch a screening of Cosplayer Nation! Until then, listen in to Tanya Tate on the Action Toy Art podcast.