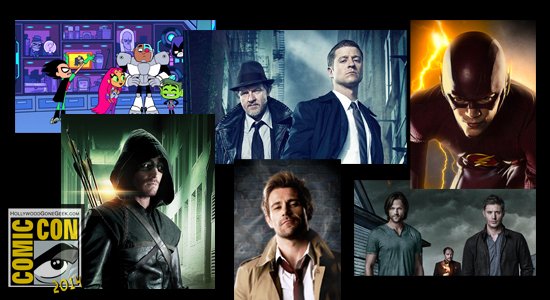 
Preview night kicks off Comic Con and WB has four screening planned. Watch the pilot episodes of The Flash, Constantine and iZombie as well as a debut episode of the popular Teen Titans Go!

Then on Friday, July 25th, the con shifts into over drive with the first full day of WB events.

The show gets going at 10:00am as The Big Bang Theory writers are on hand and ready to share secrets behind TV’s #1 comedy in Ballroom 20.

At 11:30am iZOMBIE makes its Comic-Con debut with a screening of the complete pilot episode in Room 6BCF. A Q&A with series stars Rose McIver, Malcolm Goodwin, Rahul Kohli and Robert Buckley as well as executive producers Rob Thomas and Diane Ruggiero-Wright follows directly after.

When 2:30 comes around make sure you are in the Indigo Ballroom for the Mike Tyson Mysteries panel. This new animated comedy series, Mike Tyson is taking the fight from the boxing ring to the streets … by solving mysteries! Take a first look at the animated series and enjoy a panel that features Mike Tyson, Rachel Ramras, Jim Rash and producer Hugh Davidson.

Head over to Room 6BCF at 3:15 for The 100 special video presentation followed by a Q&A with series stars as well as executive producer Jason Rothenberg.

You get to sleep in on Saturday, July 26th, before hitting up The Vampire Diaries panel at 4:00pm. Series stars Nina Dobrev, Paul Wesley, Ian Somerhalder and Kat Graham join executive producer/writer Julie Plec on stage for a video screening and Q&A session in Ballroom 20

Are you ready for Constantine? In Room 6BCF at 5:15 the pilot will be screened of the series based on the DC Comics characters. A Q&A with series stars Matt Ryan, Harold Perrineau and Charles Halford, along with executive producers Daniel Cerone and David S. Goyer will follow.

At 6:15 Person of Interest will be showcased with a special video presentation and Q&A with executive producer Greg Plageman in Room 6BCF

The at 8:00 Hall H gets taken over by Warner Bros. Television & DC Entertainment! Warner Bros. Television presents an entire evening filled with some of DC Entertainment’s greatest characters, featuring the world premiere pilot screening of the highly anticipated new series Gotham! The much-buzzed about pilot of The Flash will also be screened along with exclusive video presentations of returning hit Arrow and new thriller Constantine. Cast members and producers from all four shows will make special appearances on stage throughout the night.

The final day of Comic-Con, July 27th, kicks off at 10:00am as Supernatural comes to Hall H. Join series stars Jared Padalecki, Jensen Ackles, Misha Collins and Mark A. Sheppard, along with executive producer Jeremy Carver as they answer questions from the audience about what’s in store for the tenth season of this exciting series! Fans will also be treated to an exclusive video presentation featuring series highlights, and special features from the upcoming Supernatural: The Complete Ninth Season DVD and Blu-ray™ release.

At 11:45am Teen Titans Go! are showcased in Room 6BCF with a screening of a brand-new episode!  There will be a Q&A with producers Michael Jelenic and Aaron Horvath and members of the voice cast. Plus, making a special appearance at the panel will be Puffy AmiYumi, the Japanese pop duo responsible for the iconic theme song from the original Teen Titans series.

Panels packed with stars and special screenings all weekend long, Warner Bros is going to keep you busy at San Diego Comic Con! 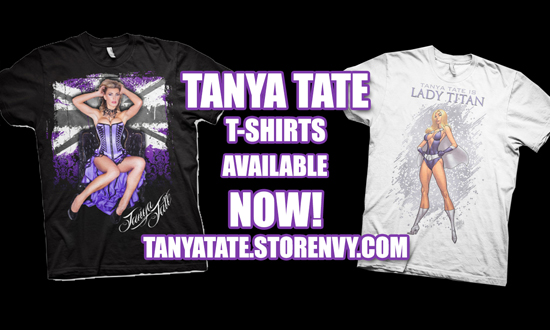