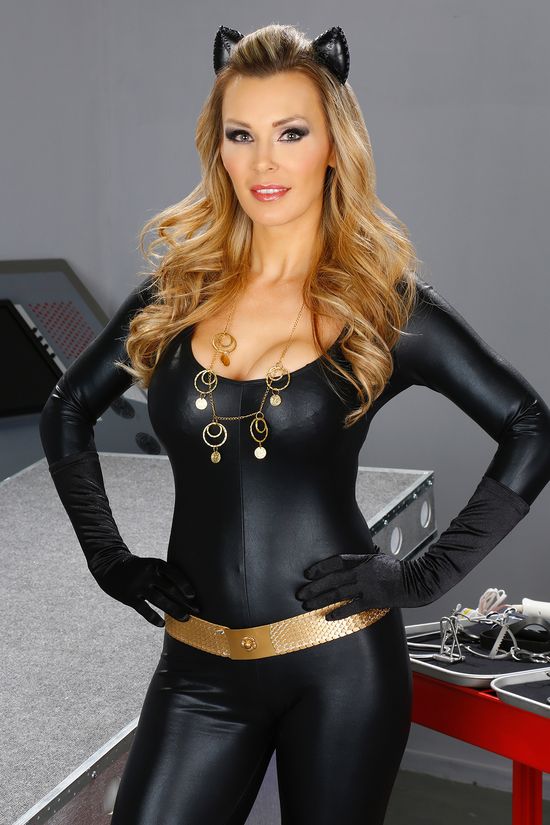 It's time to celebrate the 3rd anniversay of this site! Yeah! To do so, I am doing a giveaway. Are you ready for this? The press release is below. More info is RIGHT HERE!

To commemorate three years of blogging about all things geeky, Tanya will be giving away her newly released  Lady Titan T-shirt among other goodies.

(HOLLYWOOD, CA) Noted cosplay personality Tanya Tate celebrates the 3rd anniversary of her geek-tastic website JustaLottaTanya.com. Launched in 2011 as a place for Tanya to post images from the comic conventions she cosplayed (costume play) at, JLT quickly grew alongside geek girl Tanya’s popularity. The blog showcases Tanya’s love of superhero cosplay, features interviews with other cosplayers, reviews of comic book collectibles and more.

“I never thought JLT would take off like it has,” said Tanya. “When I started the site, I didn’t think it would lead to being on panels at comic conventions, doing my own reviews or interviews. But, it has. I even have an action figure coming out this year. So, I am very happy with the success of JustaLottaTanya.com and I owe all that to the people who visit it everyday.”

To commemorate the anniversary of JustaLottaTanya.com, Tanya is holding a social media contest. With over half a million followers on Twitter and Facebook combined, Tanya is looking for her fans to simply tweet or post the following  “I want to see @TanyaTate cosplay as #LadyTitan at @_____________”  and tag the @ user name of their favorite Comic Book/ Sci- Fi / Geek convention. Tanya will randomly select winners to receive goodies which include signed 8x10s and the newly released Tanya Tate Lady Titan T-shirt, based on her upcoming comic book and action figure character. The giveaway begins now and runs through March 31st, Tanya's birthday. Info on contest can be found on JustaLottaTanya.com.

Fans who wish to purchase the new Tanya Tate T-shirts can easily do so via her online store http://tanyatate.storenvy.com/.

Tanya Tate  can be booked for appearances by:
MonstarPR.com

It's time to celebrate the 3rd anniversay of this site! Yeah! To do so, I am doing a giveaway. Are you ready for this? The press release is below. More info is RIGHT HERE!