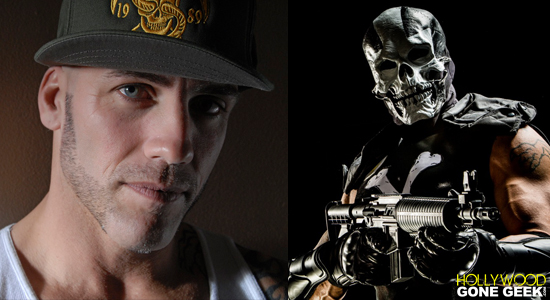 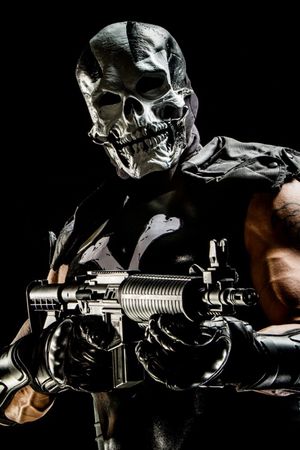 DERRICK: I play Crossbones. Love the costume design on this one.

2.) Did you know anything about the character before making the movie?

DP: No actually, I didn't. So of course I had to go & research. It's amazing how in depth the backgrounds go on these characters. I LOVE IT!

3.) This is not the first time you played a comic book character in an adult video parody, Who else have you played and which one did you like the best?

DP: Oh wow, I have played Deadpool (the best), Bane, The Mandarin and now, Crossbones.

4.) Who is your favorite superhero?

DP: I don't really have a favorite super hero, I like a bunch. After growing up with the TV show, I have always liked the Hulk, but DEADPOOL is my favorite character for sure.

5.) What was your favorite comic book movie?

DP: So far, The Dark Knight series with Christian Bale.

6.) Which are you looking forward to in 2014 and why: Guardians of the Galaxy, Amazing Spider-man 2, Captain America The Winter Soldier or X-Men: Days of Future Past?

DP: I'm kind of feeling the previews for Guardians of the Galaxy. I don't know much about them (yet) but the preview looks pretty cool. Of course I dig Captain America too. 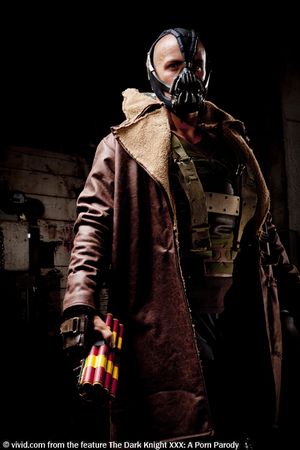 8.) Any other Comic Book characters in your future?

DP: I sure hope so! Axel Braun recently talked to me about a full Deadpool movie... Hmmm

DP: I like both but I err on the side of Marvel