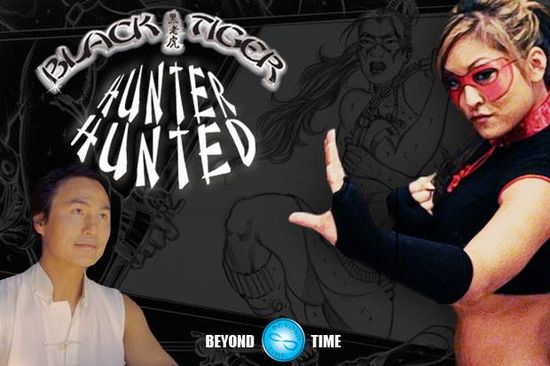 
An outgrowth of Beyond Time’s well-received Black Tiger: Legacy of Fury comic book mini-series, Black Tiger: Hunter Hunted picks up the story of the eponymous martial arts superheroine just after receiving the mantle. Without much guidance, she begins to struggle between her duties to fight crime in Los Santos and finding balance in her personal life. All the while, she is digging to uncover the truth behind the murder of her father, the prior Black Tiger, as the leads run cold and the opposition becomes deadly
Black Tiger: Hunter Hunted features a combination of familiar faces, plus a collection of hot, new rising actors.

Beyond Time (www.beyondtimecomics.com) is a producer and digital publisher of comic books and a producer of short films.