I'm not the biggest Best Buy fan in the world, too many instances of bad customer service has driven me to become a card carrying Amazon Prime member. However, every now and then I am suckered back into the store by gimmicks like the exclusives that are occasionally offered on Blu-ray. This past Tuesday was one of said occasions.

I picked up Batman: The Dark Knight Returns, Part 1

at Best Buy, because it came with an exclusive Batman figure. I know, it sounds pretty lame written like that, but I'm sure there are some of you reading this saying "yep, I was there at 10am to get mine." Which you really have to; these things sell out quick partially due to demand,...and Best Buy seems to only stock less than a dozen per location. 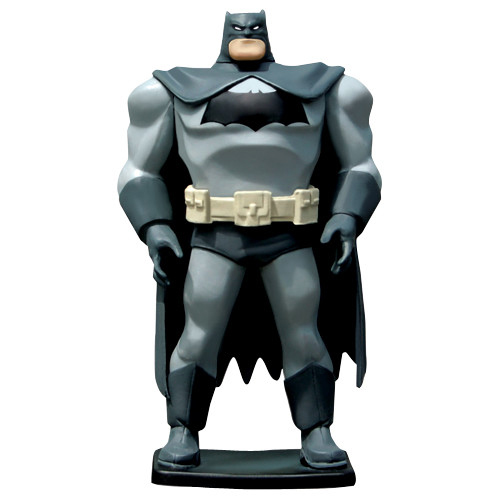 Anyway, the figure is about two inches tall and, while pretty cool looking (check out the picture), just kinda stands there. Literally, this could be mistaken for something that comes with a Happy Meal. But, I'm pretty pleased with this purchase.

Funny. That this 2 inch piece of plastic has gotten me to not only step foot back into a Best Buy, but actually spend money. Bravo, Best Buy. Ya got my loot once again.

Did you buy into this? Why? Leave a comment. 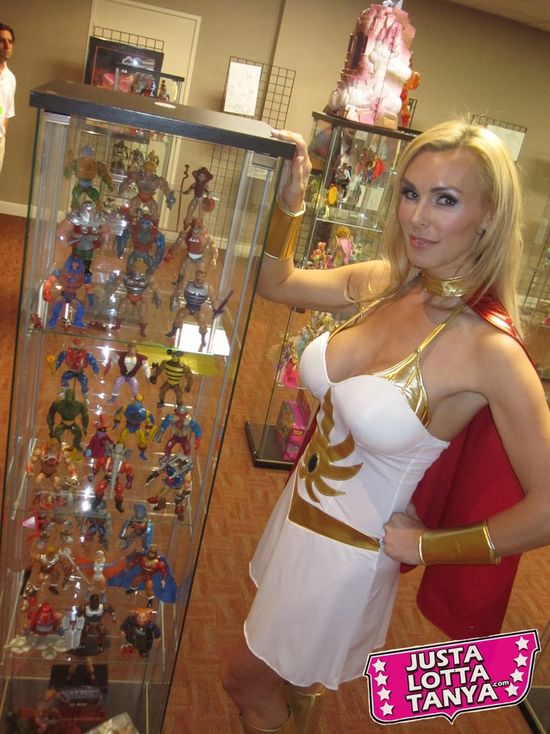 The noted cosplayer and geek blogger will be promoting her fun and exciting JustaLottaTanya.com website this weekend.

(Hollywood, CA) Tanya Tate, superhero blogger and cosplayer of JustaLottaTanya.com,  will make a special signing appearance at the 2nd annual Power-con convention in Torrance., Ca September 22nd and 23rd. Tate will be attending both days of the event which celebrates Masters of the Universe and all it's properties. A popular cosplayer, Tate has received several titles in recognition of her cosplay work; Comic Impact - Cosplay Girl of the Month, Critiques 4 Geeks - Geek Babe of the Month, Comics Ninja - Cosplay Babe of the Month and Panels on Pages - Fan Girl of the Month. Tanya will be stationed at table 106, geared up and cosplaying at the event as one of the popular characters from the show.

"I'm very excited about The Power-con," said Tanya. "I went last year and had a lot of fun. All the attendees are very enthusiastic about the MOTU brands and take great pride in the celebrating of their devotion. I am very happy to be part of that."

The Power-con takes place at the Torrance Marriott located at the 3635 Fashion Way in Torrance, California. Ticket and other show information can be found on the Power-con's website here: http://www.thepower-con.com.

Tanya has taken to social media to promote her upcoming appearance. The star's 82,000 twitter followers have been provided consistent updates on her show schedule. On Tate's Youtube page, she has posted a video promoting the signing as well, which can be seen here: http://www.youtube.com/user/tanyatatetube.

Tanya Tate is showing off her geek cred with an special signing this weekend at The Power-con!